Stithians Church and its churchyard have been a consecrated place for Christian worship and burials since Celtic times. The present sanctuary area of the Church is thought to be built on the site of a chapel of the 5th century. The church has undergone several major extensions and changes over the centuries. Evidence of its architectural history can be seen in its fabric.

When Cornwall was part of the diocese of Exeter the church was dedicated to St. Thomas a-Becket, but when authority was returned to Cornwall then the local holy person who was revered by the people was deemed the proper choice to name both the community and the church at its centre. The identity of Saint Stythians is unclear and the spelling of the name has many variations including Stephen, Stedyana and Stedian.

The St Stythian we know today is thought to have been a female Celtic hermit or anchoress and was closely associated with the local Holy Well. Traces of this Well, known as Lady Well, can still be seen on the southern boundary of the agricultural showground where it abuts the edge of Kennall Vale woods. Please note that this is on private land and permission must be sought before entry.

The ecclesiastical parish of Stithians has always included the church of St Piran at Perran-ar-Worthal and the two churches have been linked since the 12th century, being on the route of pilgrimage from Devoran up into the Kennall valley and then on towards Wendron and into the hinterland. Cornwall has a rich network of ancient pilgrimage routes and the Holy Wells sited along these held a particular importance for healing, baptism and spiritual renewal. It is widely thought that St Stythian tended Lady Well and welcomed and baptised pilgrims using the Kennall valley route.

The old churchyard which directly surrounds the church is closed for burials and is maintained by the parish council on behalf of Cornwall Council.

On approaching the church by the main gate you will see the war memorial: a proud reminder of the fallen of the two world wars.

The first grave on your right as you enter the gate is a large granite box grave which marks the resting place of Rev William Ralph Daine MA, vicar of Stithians, who was tragically killed in 1911 when driving horses and carriage to Redruth and the horses bolted. There is also a plaque to his memory on the north wall of the sanctuary in the church.

Near Rev Daine’s grave can be seen a magnificent Celtic cross, likely to have originally been a waymarker on one of the routes to the church. A smaller Celtic cross (scheduled as an ancient monument) is located in the Old Vicarage garden near the vicar’s gate. Access is via the Old vicarage driveway and a gate in the wooden fence.

In the boundary wall on the north side of the church is the vicar’s gate which is capped by a lintel removed from the church in one of the restorations.This gate provided access from the Old Vicarage garden where a similar, though now blocked up, gateway can be seen.

The lower part of the churchyard (adjoining the school) is a relatively modern extension. Formerly known as Lower Butts, its past name suggests that it was once used for archery training. It has many mid, and some late, 20th century graves, with many Celtic granite cross designs.

The stone hut in the west wall has recently been restored. Some scholars think that it was used to store and distribute food for lepers when that disease was rife in the county. One thing is certain, it has been a very useful place to keep tols for maintenance and grave digging.

Several family vaults were once surrounded by wrought iron railings which were removed during the war years to be used for the war effort.

In spite of extensive research it has not been possible to identify the large box tomb immediately outside the south door of the church.

Along the west boundary wall of churchyard are a number of older slate headstones removed from their original sites for health and safety reasons in the 1960s.

Most burials since 1950 are to be found in the New Churchyard adjoining the cricket pitch.

Some of the graves are “listed” structures with special protection under law. Detials of all of these can be found on the website www.stithiansparishcouncil.org.uk.

Recent research has revealed that there were 218 interments within the church building between 1710 and 1751, nineteen of which were in the chancel.

There is a further cemetery at Hendra Weslyan Chapel about half a mile from the church on the right hand side on the road to Redruth. Data from those burials will be added to this website as it becomes available. Hendra Chapel has been converted to dwellings but there is still pedestrian access to the burial ground which is still open although nearly full.

Below is a plan of Stithians Cemetery. The numbers allow you to pictorially wander around the churchyard on the Gallery below, starting by the main gate and going clockwise through the cemetery. On Google maps here: https://goo.gl/maps/twfgGjDc9KtuP69A9

Below are two plans for Stithians old and new graveyards showing the grave numbers. They are quite large PDF files.

The Gallery follows the above plan sections. 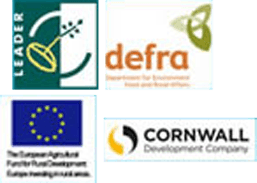